Since I wrote this article in January 2019, there has been some progress in Mexico regarding the law to decriminalize non-medical marijuana for personal use.

As a Canadian residing in Mexico, it’s frustrating having to deal with the sufficiently vague laws that do not address the realities surrounding the administrative/legal inability for Canadian, American, and Uruguay citizens with a medical marijuana license/prescription to safely, without fear of legal reprisal or inconsistent discretion from a Mexican Customs Officer to permit the transport of medical marijuana products into Mexico.

It is mind-boggling that as of this publication date it’s impossible for a tourist with a valid prescription from their home country, especially Canada and the United States of America which are part of the recently ratified United States-Mexico-Canada Agreement (USMCA) to obtain a Mexican medical marijuana license.

In a previous article, I described in detail the issues surrounding availability, so please refer to it, as I’m now focusing on the current status of the proposed amended laws in Mexico regarding medical marijuana, CBD and personal marijuana use and the USMCA that conveniently sidestepped and omitted clauses regarding the transportation of medical marijuana/products between the participating countries.

I’m unable to speak to any diplomatic agreements between Uruguay and Mexico at this time, as I’m not a citizen or a temporary resident of either country.

On October 31, 2018, the Supreme Court ruled that the law prohibiting the recreational use of cannabis in Mexico was unconstitutional, as this was the fifth time that the court had ruled in such a way; it set a binding precedent across the country’s court system.

The effect of the ruling was that the law prohibiting cannabis still remained in effect, but it was basically made unenforceable due to the fact that anyone could cite the ruling and demand that their charges be thrown out; the ruling mandated that the government of Mexico move to formally legalize cannabis within the next 90 days.

However, the Mexican Supreme Court Ruling order excludes the issues surrounding medical marijuana law as it has stated that there currently is a law in place governing the use for Mexican citizens…but not for foreigners with four-year resident visas and medical marijuana prescriptions from their homeland.

I appreciate and understand the fact that Mexico has to look after its citizens first, however, there’s been significant growth in the number of Canadians and Americans with medical marijuana licenses living in Mexico (on a six-month tourist visa, a one to four-year temporary residential visa, or have become Mexican citizens), and they deserve and require medical marijuana to help manage their medical issues.

Countries such as Uruguay, Colombia, and Argentina have augmented their laws regarding medical marijuana and personal use, and it’s now time for the United Nations and other global legal bodies/agencies to develop an international agreement, along with a set of international standards for residents/visitors from other nations with a legal medical marijuana prescription from their home country, to be recognized and be permitted access to the products and services. Ironically, Canada now supplies the technical methods, standards, and practices for the cultivation of medical marijuana in Paraguay, Colombia, and Argentina…but NOT Mexico!

A Mexican acquaintance suggested to me that one reason for the tight control over medical marijuana was partly due to the issues regarding supply and that the supply chain had to be negotiated to ensure quality, quantities and consistent wholesale pricing.  My question to him was, from whom? The Cartels? He just smiled – more on that later.

The first real change came in 2015, when eight-year-old Graciela Elizalde, who suffers from a severe form of epilepsy known as Lennox-Gastaut syndrome, brought medical cannabis to the public’s attention in Mexico. CBD oil helped to drastically reduce her seizures, improve her quality of life, and she’s become the first Mexican medical marijuana patient after a Supreme Court ruling in her favour.

Since the ruling, a medical cannabis bill was passed through both the Mexican Senate and the Lower House of Congress with an overwhelming majority, which was signed into law by then soon to be outgoing President Enrique Peña Nieto on June 19th, 2017.

Mexico’s Ministry of Health had until mid-December 2017 to write regulations for medical marijuana and products derived from cannabis.

As of early 2018, the products are available in Mexican pharmacies to help manage diseases like epilepsy, Parkinson’s, and cancer, but only to Mexican citizens and only from pharmacies within Mexico City!

Therefore, possessing CBD products without a Mexican medical marijuana license means, if I were stopped by a customs agent on my way to/from Mexico, I could be charged with the importation/exportation of a controlled substance, aka drug trafficking. I could face permanent deportation and/or jail time, as everyone knows that there are trace amounts of THC in ‘CBD only’ products; it’s just basic botanical chemistry.

The same laws apply if I were to order CBD primarily based products online to have delivered to myself in Mexico, as there is an excessiveness of CBD products available online outside of Mexico without a prescription. These ‘agents’ or ‘resellers’ can guarantee it is legal to ship the products to Mexico, but NONE can guarantee the quality, nor the legality to ensure the products get delivered to me in Mexico. It’s a buyer beware of the order making it through customs, sort of a ‘wild, wild west.’

In December 2019 the Mexican Senate was given the mandate to approve/amend the bill by April 30, 2020, however, due to the recent debacle (pandemic), it was moved to a special Senate committee that was to meet via video conferences to deliver a final bill for the Federal government to put into law. Some of the Senators did not want to participate online, ‘due to sensitive legal matters being discussed’ however their objection was quashed.

However, the target date was moved out to Dec. 31, 2020 – and now the Senate Committee has returned with the final draft legislation to be sent to the legislature for enactment into law. Well, that’s all fine and dandy, however, nothing was included in the bill for increasing the scope of services for managing the sale of medical marijuana and CBD based products to its citizens, or ex-pats in Mexico, that possess a valid medical marijuana prescription.

Myopia for generating the legislation is at best an administrative oversight, as it does not address American and Canadian ex-pats that reside in Mexico to gain legal access to medical marijuana, which has led to them becoming very creative when packing their CBD products in their luggage.

Mexico’s tourism industry has suffered a $7.2 billion dollar hit due to the pandemic, and enhanced access for ex-pats of the new USMCA residing in Mexico to CBD and CBD based products would assist in recovering some of that lost revenue from the tourism industry, but I digress.

The recently implemented New NAFTA agreement (USMCA) is conspicuously absent of any mention regarding the legality and/or methods to accommodate a Canadian citizen with a medical marijuana license to cross-border order, and receive medical marijuana products in Canada and Mexico, which is an embarrassment to both nations’ governments and elected officials! WHY?

It’s absolutely galling that the USMCA did NOT include language that would accommodate American and Canadian citizens bringing medical marijuana and CBD based products into Mexico, with legal protections from any prosecution, provided a prescription note was included as part of their entrance documentation package!

Back to a previous point made by my Mexican friend when he stated that the tight control over the people that can obtain a medical marijuana license or prescription could be predicated on the available supply, and a method for the government to negotiate the future supply of marijuana. The current Mexican government has the mandate to introduce legislation regarding personal use and not to revisit or revamp medical marijuana use.

Historically, the growth and supply of marijuana in Mexico have been concentrated in the Sinola region, which is controlled by cartels as their growing fields are in close proximity to the U. S. border. Previous Mexican federal governments’ strategy to dismantle cartels backfired, as destabilizing organizations caused a violent internal power struggle, which also gave life to new, smaller, and reportedly more dangerous gangs, which caused a spike in violence and ‘turf wars.’

Corruption seeped into the municipal police and the military, despite efforts to fire corrupt individuals, making militarization dangerous. A 2009 study by the Justice in Mexico organization found that 93.6 percent of municipal police in Mexico depend on corruption to make a living wage. Considering 61 percent of officers made 4,000 pesos or less per month in 2009 (the equivalent of about $300 in 2009), it’s not surprising.

But many believe this violence is a reason to end marijuana prohibition, as when people have legal, regulated places to buy marijuana, it takes the wholesale business and distribution out of the hands of organized crime.

Marijuana is a chunk of ‘cartel’ income, and without that income, there is an automatic reduction in their capacity to buy weapons, recruit teens, and bribe politicians. The ‘industrial supply’ concerns mentioned by some senators from the Sinaloa area indicated that more growing facilities are required to meet the demands for medical marijuana, CBD weed and products, which one could cynically interpret as giving the Cartel time to set up more growing facilities. 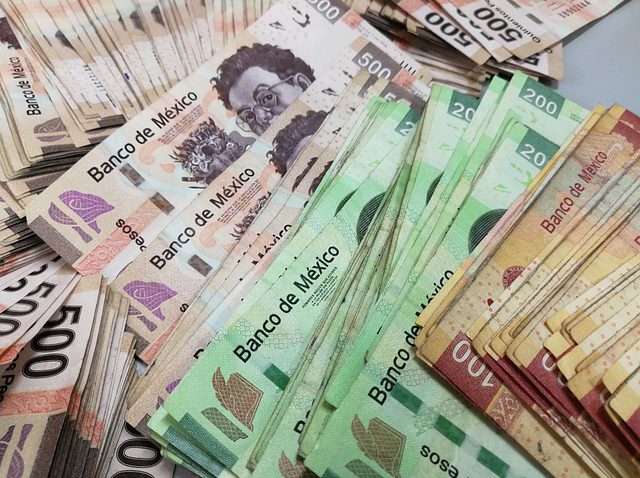 As prohibition is ‘dialled back’ the cartels are forced, like any business, to downsize and negotiate with the federal government on quality and quantities for personal marijuana; they lose a market, lose demand, and lose power to the supply chain and pricing.

But now the market will focus on personal use laws, and unless the new laws make parallel changes to the existing medical marijuana laws, the medical marijuana client community will still be stuck commuting to Mexico City to visit a doctor and pharmacy….unless the cartels get their dirty hands-on product and distribution!

In the end, it’s the same old scenario for Canadian and American medical marijuana and CBD products users who won’t have any protections or rights, let alone access to CBD products in Mexico, UNLESS additional changes are made to the USMCA (which is highly unlikely), or there’s a separate side agreement negotiated between Canada/Mexico/USA regarding the LEGALIZATION of procurement, shipment, and delivery of medical marijuana and CBD products from Canada and USA, into Mexico.

I look forward to your comments, tweets, and emails.

C.J. is a Canadian baby-boomer aged comedian, who does not do winters, enjoys playing the drums, tennis, laying on the beach soaking up the sun, watching the world go by, and spending his children’s inheritance. C. J transitioned three years ago from Oxycontin to CBD based products for managing his aches and pains.

This website contains affiliate links, which means I earn money from products and services you purchase through my links.